What factors are bringing workers back to the office? 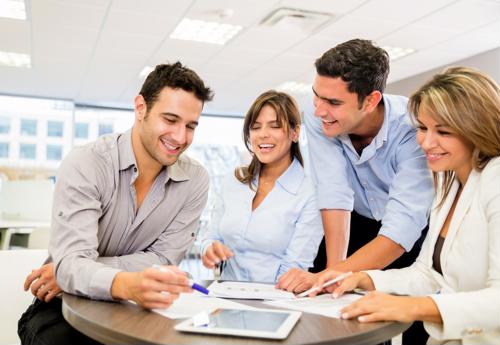 So you want your employees to come back to the office. You think it will foster a sense of culture, it could improve productivity and it will justify the costly lease that's likely coming out of your bottom line. But how do you compete with the convenience and comfort of working from home, where workers can skip the commute and seek better balance?

While employees first began to work remotely out of necessity and safety, it soon became what many viewed as "the new normal." And while there were some people who couldn't wait for the office doors to reopen, many decided that the new way was the better way. They wouldn't go back to the office unless they had to. There are, however, perks to an office environment. It's hard to argue that collaboration via Zoom, while effective, isn't quite the same as collaboration in person. The question is what exactly will bring employees back to the office?

Visibility and networking
It may seem obvious, but one of the defining elements of in-office work is the ability to connect, put a face to a name and have real conversation. Communication via Zoom or Slack, while useful, is missing the nuances of human connection. Employees who are trying to be more visible and advance their career are more likely to come into the office, according to BBC, though for some it's a privilege to be able to show face. Consider providing networking opportunities to help facilitate this (even if they're voluntary).

Flexibility and a sense of agency
Part of why so many people enjoy working from home is the flexibility they get. They can get their work done on their own time, run an errand on a break, take a quick personal call or pick their kids up from school, as long as they get their work done and make it to their meetings. If this same flexibility was allowed in an office setting, the office would be much more appealing to work-from-homers.

There is traditionally more rigidity in office, and always someone "watching." People generally like to maintain a sense of agency, which is part of why micromanaging can be so detrimental. According to Forbes, allowing employees to have more control and choice over their schedule and structure will be a major factor in whether they want to come back to the office. So, for the parent who wants to be there when their child gets off the bus, perhaps they finish their workday at home or work an earlier day. Or even for the athlete whose gym schedule is important to them, allow them to work a later day to squeeze their workout in before they come in. That trust and agency is typically met with happier and harder working employees who will be willing to come to the office and reap the rest of the benefits it offers.

There are some parts of an office environment that can't be replicated digitally. As an employer, you can use these factors to facilitate a positive working environment.