5 ways to make a good first impression in an interview 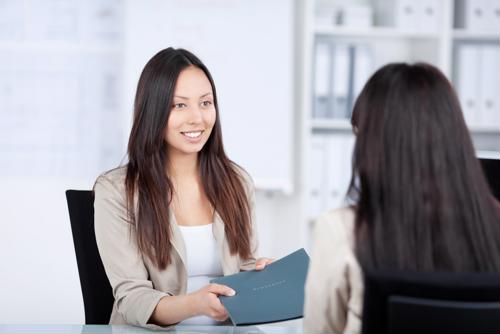 When entering a job interview, candidates likely have a lot on their mind. Usually, one of the biggest things they're thinking about is whether the interviewer is going to like them, and that's understandable. With that in mind, making a good first impression is key.

Of course, acting with confidence and a solid handshake are a big part of that initial presentation, but there are other things you might overlook which will play an important part in how you're first perceived by a hiring manager:

1) Remember it starts before the interview

Even before you're called in for the meeting itself, company employees - your prospective coworkers - will be taking stock of you, according to Fast Company. Are you spending too much time talking on the phone or texting with the sound on? Are you being courteous to other people in the office? Did you arrive late, or too early? All these things may end up being a factor, so it's important to show up about 10 minutes before the scheduled interview and use your best etiquette.

An interview is a stressful time for just about anyone, but if that stress is reflected in a candidate's face, it can be an issue for hiring managers, Fast Company also noted. Instead, interviewees should remember to smile throughout all their interactions. The simple fact is that a person who smiles a lot is more likeable, so that's key to a strong first impression.

Another thing that makes people appear more confident and likeable is a good posture, according to The Muse. That means walking, sitting and standing with your shoulders back and chin up, rather than slouching in a seat or leaning too casually. Proper posture will reflect confidence and attentiveness, two key issues in any job interview.

A great way to exude confidence is to make a lot of eye contact with whomever you're talking to at the company, The Muse added. Some people don't always have the easiest time with this, especially when meeting new people, but making the effort may be critical to ensuring a job interview goes well. In addition, it's important to make sure what you're wearing doesn't distract interviewers from making eye contact with you.

"Stand in front of a full-length mirror," Image consultant Kerry Cordero told the site. "Close your eyes for five seconds. Open them. The first thing you see should be your eyes. If it's not, it's because something you're wearing is too distracting, and you need to made some changes."

5) Practice what you're doing

Much like standing in front of the mirror to get a better idea of whether your outfit will work, it's also a good idea to practice things like making eye contact, introducing yourself, having a firm handshake and so on, according to The Balance Careers. The more comfortable you can get with these actions overall, the better they're going to come off in the interview itself.